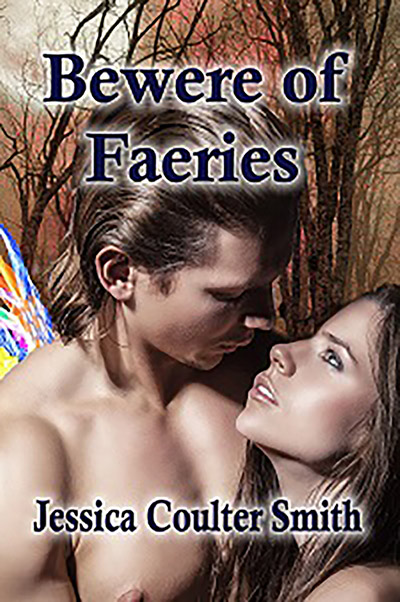 Still suffering from the loss of her boyfriend a year ago, Alex has kept her distance from men. College was supposed to be full of parties and new experiences, but it’s all she can do just to paste a smile onto her face and fake a bit of happiness. She never counted on meeting someone new, but what happens when he breaks her heart?

Heartache after heartache leaves Alex wondering if she’s destined to be alone, and perhaps she’s trying to find love in the wrong way. Giving herself body and soul to each man who promises her the world doesn’t seem to be getting her anywhere, but she still believes that love exists, and she wants her happily ever after, no matter the cost.

But having stumbled into a fantasy world where shifters and fae exist, Alex has to wonder if her soulmate has fur or wings!

NOTE: This is a new adult romance with multiple partners, told in third person point of view. If bed hopping and melt your e-reader sex bothers you, this probably isn’t the book for you. Guaranteed HEA!

Alex was late, as usual, and went barreling into Langely Hall, the closest building to the parking lot. If she hurried, she might make it to her seat before her English Lit class started.  She’d stayed up late after watching her stalker to finish her paper.  She just hoped it was decent.

Dashing down the hall, she wasn’t paying attention and bounced off someone. Strong hands gripped her arms to keep her upright. She looked up to thank whoever had just saved her from a nasty spill, but words failed her. Mossy green eyes made her breath catch in her throat. A lock of black hair fell over his forehead, and she fought the urge to brush it back. His broad shoulders made her want to place her hands there, wondering if he felt as strong as he looked.

“Are you okay?” he asked with a grin.

“I-I’m fine,” she managed to stutter.

He smiled and her heart fluttered in her chest. His full lips were doing odd things to her. She felt lightheaded and dizzy and realized she was holding her breath.

She took it and tried to think coherently.

“I’m Alexandra Clarke. But my friends call me Alex.”

“It’s nice to meet you, Alex.  I hope we run into each other again today. Well, maybe not literally.”

Feeling slightly dazed, she smiled and watched him walk away. What had just happened? She’d never felt such an instant attraction to someone before, not even Michael. What did it mean?

Heading to her first class, she was surprised to see Jonah sitting in the seat next to hers. She didn’t think they’d let anyone into the class two weeks into the term, but somehow he’d managed it.

“So we meet again,” he said with a grin as she sat down.

“So it would seem.” She gave him a hesitant smile. “How’s your first day so far?”

He looked into her eyes for a long moment. “Getting better every minute.”

Sitting next to him made it nearly impossible for Alex to concentrate, and she found herself stealing glances. More than once, she caught him openly watching her, and she blushed before facing forward again. Why did she feel such a magnetic pull to the guy?

When class was over, she gathered her things and hurried out of the room. It was odd, but she could have sworn she felt Jonah watching her, and she had to fight the urge to turn around. Because of her mad dash out the door and down the hall, she made it to her next class early.

Gina Simms slid into the seat next to hers and grinned.

“It seems you have a new admirer. What’s up with you and the new guy?”

“Because he was staring at you until you ducked in here.”

“We had English Lit together.”

“And I sort of ran into him this morning. I wasn’t paying attention to where I was going and literally bounced off him. If he hadn’t caught me, I probably would have fallen.”

Gina grinned. “Well, you apparently made an impression.”

Alex snorted. “I’m sure he’ll be fascinated by someone else by the middle of the day. As gorgeous as he is, he could easily date half the college.”

Alex blushed. “No, I’d just have to be blind not to notice him. There are lots of cute guys here. It doesn’t mean I’m interested in them.”

“Whatever, Alex. I know you, and you like him, whether you want to admit it or not.”

“Alex likes who?” Connor Lewis asked as he sat in the seat in front of Alex.

“The new guy in her Lit class,” Gina replied.

“His name is Jonah,” Alex said.

Connor frowned. “You’ve had one class with him and you like him already?”

“Gina thinks I do. I just said he was cute,” Alex said, defending herself.

Connor’s shoulders stiffened, but he didn’t say anything else about Jonah.

“What if the new guy asks you out?” Gina asked.

“I told you, his name is Jonah. And I doubt he’ll ask me out. Besides, you know Nat will throw herself at him first chance she gets.”

“Yeah, but that doesn’t mean he’ll take the bait,” she replied.

“What’s so special about this guy?” Connor asked.

“He was staring at Alex in the hall.  I think he likes her,” Gina said with a grin.

“You make that sound like a novelty. Plenty of guys like Alex. They’re just afraid to ask her out,” Connor said.

“Why? Because of Michael?” Alex asked.