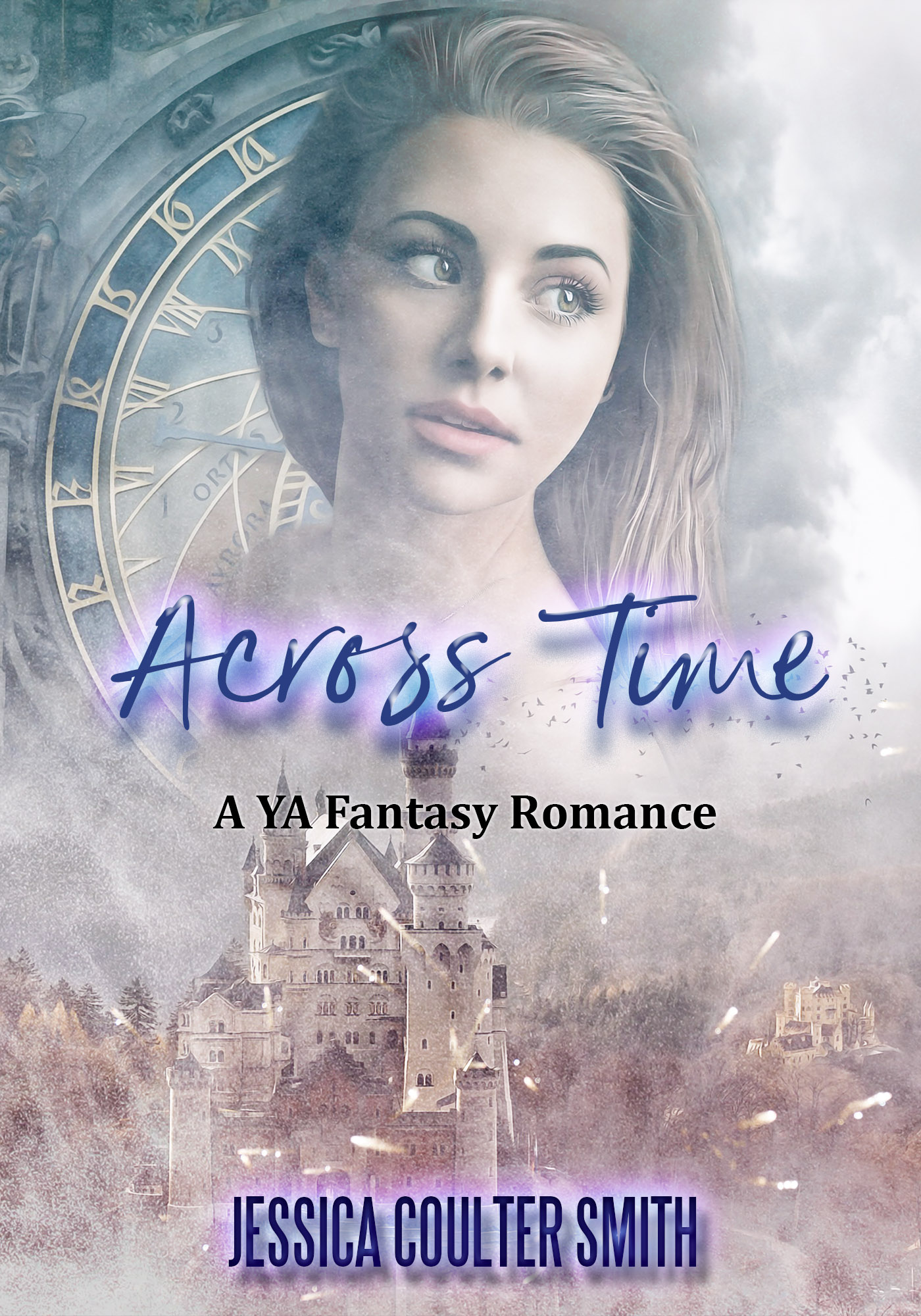 It’s senior year and all I can think of is escaping. I just never counted on tumbling into another time, and an alternate reality. History had never been my best subject, and being stuck in a place that didn’t have the creature comforts of the twenty-first century should have been a nightmare. And it might have been… if it weren’t for the handsome men vying for my attention. When I’d wished that magic and things like vampires were real, I should have been more careful because my two suitors are a demon and a werewolf. What could possibly go wrong?

WARNING: Recommended for ages 17+ due to strong language and adult situations.

My backpack slapped against me with every step. As usual, school had been pure hell. The guy I’d trusted had ended up being an ass like all the others. It shouldn’t have surprised me. If they couldn’t get into a girl’s pants, they’d just lie about it. Although, it seemed my ex-boyfriend had gone a step further than that. He’d not only claimed I’d given up my virginity to him, but he’d gotten his friends to brag about all three of them tag teaming me.

I shuddered as I thought of all the comments I’d had hurled my way today. And not just by guys looking to score. The girls had been worse. I didn’t know if they were jealous of the attention I’d received, or truly disgusted with me. I was going with jealous. If they wanted the attention, they could have it.

My home was finally within sight. It was embarrassing having to walk home. I should have been driving, but no. My parents didn’t trust me with a car. If they caught wind of the rumors at school, they’d never trust me to leave the house again. I’d probably die locked up in my room. At least I’d have plenty to read. The heroes in my books never betrayed the heroine in such a horrific fashion. And when they did screw up, there was still a happily-ever-after at the end.

I didn’t think happily-ever-after would be part of my life. At eighteen, maybe that made me a cynic. I had my entire life ahead of me. Just because boys in high school were stupid, didn’t mean I’d have the same rotten luck in the future. I’d probably read too many romances where the high school sweethearts went off to college together, got married, had kids, and lived in bliss the rest of their lives.

I entered the house, and didn’t even stop to check for my parents. I already knew they weren’t home. Heading up to my room, I tossed my bag onto the floor, shut the door, and flopped down on my bed. Reaching for the bedside table, I lifted the stack of envelopes from colleges. I hadn’t read them. Part of me was scared they all had declined me a spot. If I couldn’t leave this town and start over, I worried I’d lose my mind.

Tossing them aside, I picked up one of my favorite romances. I loved anything paranormal, but this one with fairies, shifters, and wizards was my all-time favorite. What would it be like to live in such a world? A place where the impossible existed. Where magic swirled through the air, werewolves howled at the moon, and vampires lurked in the shadows. To some that might seem like a terrifying world, but I thought it would be pretty amazing.

I lost myself in the pages, feeling as if I were actually the fae heroine when the wizard imprisoned her. I could feel the shifter hero’s lips on mine when he claimed the first kiss. And I felt that tingle in my belly when things progressed further with them. Yes, I’d been on dates. I’d had a serious boyfriend, or so I’d thought, but I’d never been with a guy like that. They’d kissed me, groped me, but it never went beyond that. It never felt right.

I wanted that all-consuming passion the characters felt in the romances I read. I needed it. Craved it with every fiber of my being. Other girls were dreaming of being doctors, lawyers, or stars in Hollywood. I wanted a love that would last a lifetime, and a little magic along the way. What was wrong with that?

It didn’t exist. That’s what was wrong with it.

I closed my eyes, sighed, and let my mind drift. As I dozed off, I imagined my own otherworldly hero wrapping me in his arms, kissing me breathless, and claiming me as his own.