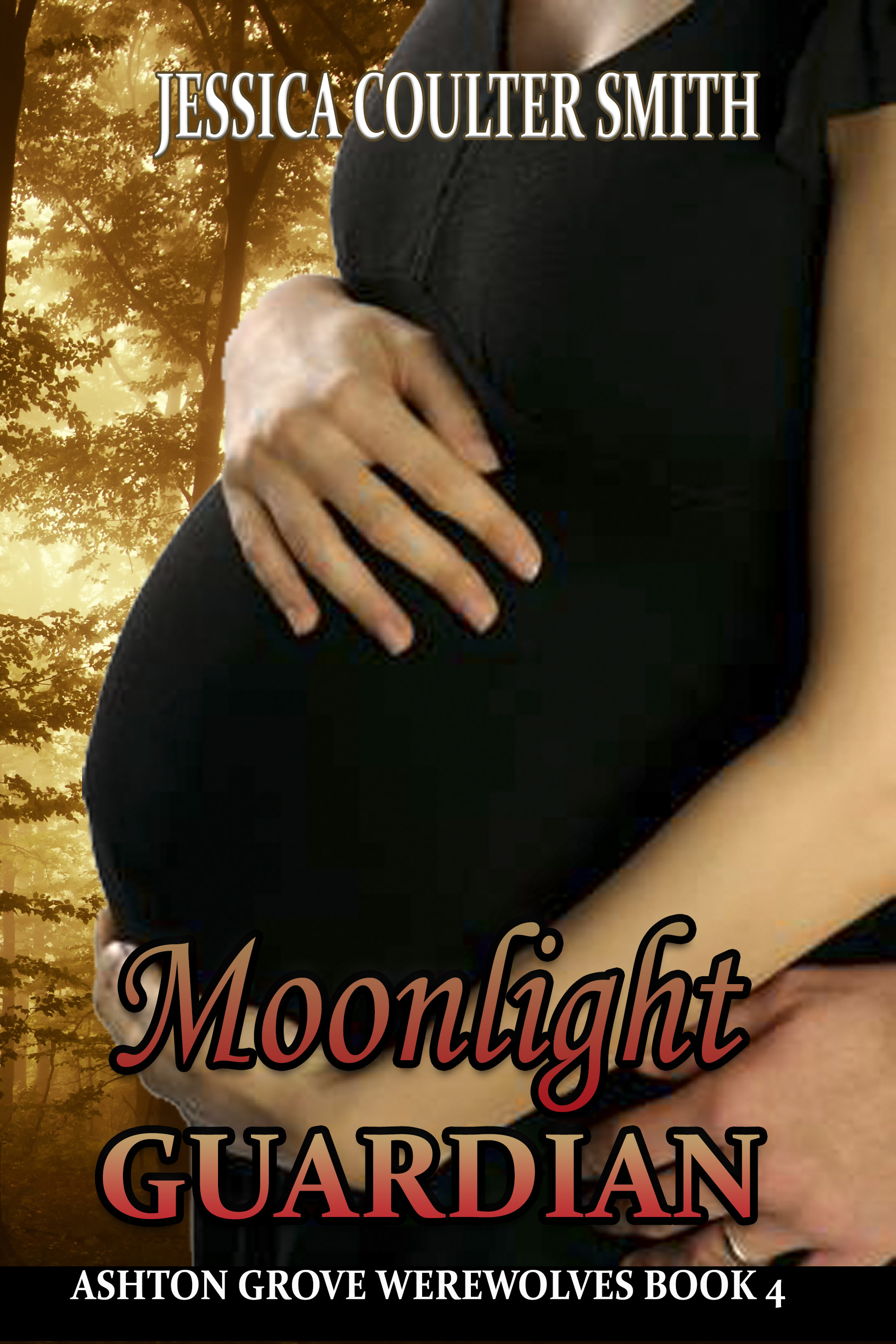 *** Moonlight Guardian is getting a new cover, new revisions, and will be added to Kindle Unlimited (hopefully) by October 2022 ***

Michael Andrews is the last of his brothers to find his mate. He’s played it tough, trying to convince his family that a mate is the last thing he wants, that he enjoys having a different woman every week. In reality, he’s afraid. He wants to find his mate and thinks he may already have, but what if he won’t be a good husband? Maybe he just isn’t made to love someone.

Chloe Stevens is on her last leg. She found a guy she thought was great, only to end up pregnant and have the guy vanish into thin air. Then she lost her job and consequently, her car. Now she’s facing eviction. Five months pregnant, no job, no car, and now no home have forced Chloe to do the one thing she swore she wouldn’t… contact the father of her baby. She may have just been a fling to Michael, but their few days together had meant more to her.

When a pregnant Chloe shows up looking for Michael, he’s stunned to find out that he’s going to be a father. It appears that fate is determined to put the woman in his path. But is Michael willing to fight for Chloe when another werewolf decides to claim her?

Chloe sighed as she trudged up the walkway toward her apartment.  It wasn’t much, but it was all she had left at the moment.  She’d lost her job about two months ago, and last week the bank had sent someone to repossess her car.  So far, her job hunting was going nowhere.  She only had enough money left in her account for another week’s worth of groceries.  She was behind a month in her rent and had no idea how she was going to pay it.

As she approached the building, she noticed a pile of bags, furniture, and other items out on the sidewalk.  Upon closer inspection, she realized that it was her things, or at least what was left of them.  It looked as if they’d been ransacked already.

Tired, hungry and feeling at a loss, she walked up to the manager’s door and knocked.  Mr. Marsalis answered almost immediately.

“Ah, Ms. Stevens.  I’m afraid the lock has been changed on your door and your items have been removed from the premises.  Your rent is now two months past due.”

“Yes, indeed.  As of this morning, you are officially two months past due.  I’m sure you’ll recall that the lease agreement you signed stated that if you should become two months behind you would be evicted.”

Chloe sighed. She did remember, but she’d thought she had another day or two before it was due. Not that it would have mattered.  Without a job, she didn’t have a way to pay the rent regardless of when it was due.

She weakly nodded her head.

“Yes, Mr. Marsalis. I do remember.  I’m sorry for all of the trouble, but I lost my job and haven’t been able to find another.”

“I really am sorry, dear.  If you find a job and need a place to stay, I’ll be happy to rent to you again, but until them I’m afraid my hands are tied.  I may manage the property, but I don’t own it.”

“I understand.” Chloe turned and left the building, dejected and uncertain of what she should do.  Absently she rubbed her rounding stomach.  She had no one to turn to; her family had been killed years ago in an earthquake in California.  She’d been sent to Georgia afterward to live with some distant relatives, but they were long gone now, as well.

Picking up a sack, she put a few items of clothing in it from the sidewalk before walking away.  There was no point in staring at the things that had once made up her life; she couldn’t carry it all, and even if she could, she had nowhere to take it.  It was best not to think about it.  If she thought about it too long, she knew she’d end up crying. Stupid pregnancy hormones!

Walking aimlessly, she pondered her fate.  Where on earth could a broke, jobless, homeless pregnant woman go in such a small town?  Her stomach rumbled and she remembered that she’d missed lunch.  While she didn’t have much money left, she did have enough in her purse to get a late lunch at a fast food place.

She spotted a hamburger place and quickly walked inside.  After ordering her food, she chose a table with a window.  Chloe gazed out at the beautiful September evening as she nibbled on her dinner.  Unfortunately, her troubles were weighing heavy on her, and she couldn’t enjoy her meal or the view.

It was becoming clearer and clearer that she only had one option left.  She had to find Michael.