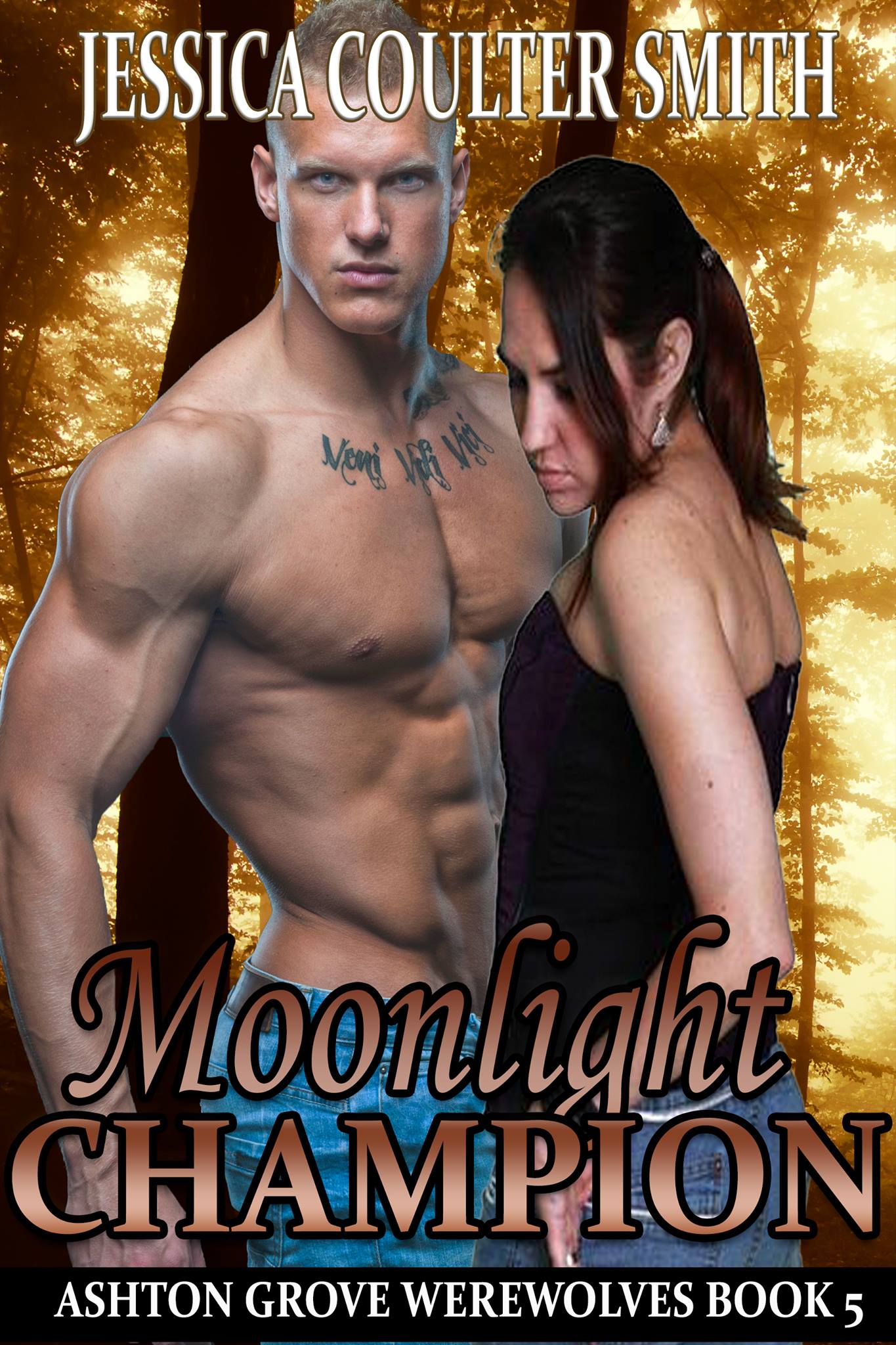 The last thing Connor Tierney expected was to have his mate dumped in his lap – literaly! After a hard day at work, Connor is relaxing when Aislinn Walsh materializes in a ray of light. Seeing at once that she’s injured, he does all he can to help her.

Aislinn has been married to an abusive husband for the past year. When she finds out she’s in Aston Grove, she finds it unbelievable. Even more unbelievable is the handsome man taking care of her. Claiming to be her mate, does she date trust him with her heart? She’s been waiting a long time for a knight in shining armor. Little did she realize it would be a night in furry armor!

Aislinn sat in her favorite chair reading a book.  She’d always had a thing for paranormal romances and was reading about a werewolf in a place called Ashton Grove, Georgia.  The hero was everything she’d ever dreamed of in a man.  As she turned the pages, she lost herself inside a world where the women always found the men of their dreams, princes among men.  It was such a far cry from her life that it was almost funny.  At twenty-three, she was married to the worst possible man.  Hugh Winston had been charming, funny, and a gentleman while they were dating. It had been no small wonder that Aislinn had accepted his proposal nearly a year later.  If only she could turn back the clock! At the very least, she was thankful she had kept her name when she had married him.  In retrospect, she was surprised that Hugh hadn’t pitched a fit when she’d told him she was keeping her maiden name.

Hugh and Aislinn had been married for nearly a year now.  The first month hadn’t been too bad, but after that… well after that Hugh had changed. She’d often heard women say they married one man and ended up with another.  No truer words had ever been spoken!  A little over a month into their marriage Aislinn noticed that Hugh was drinking more and more.  The more he drank the louder and more obnoxious he became.  It didn’t take long before he started hitting her.

Aislinn remembered the first time as if it were yesterday.  She had been ironing his shirt when he had suddenly backhanded her across the face, yelling at her for using the wrong type of starch.  The blow had been strong enough to knock her to her knees.  She had apologized profusely, having no idea what had set her husband off in such a manner.  However, the next day he found something else to complain about and hit her again.  Now he didn’t need a reason.

As Aislinn fell into her book, she wondered why she hadn’t been given a fairy tale ending.  Sure, she was young and could always divorce her husband, except he’d made sure that she had nothing and nowhere to go. She supposed she could call a women’s shelter, but just the thought of doing something like that made her shiver.  Was it really too much to ask for a knight in shining armor to ride up her driveway, knock her husband out, and carry her off into the sunset?

Hearing a car in the driveway, she quickly put her book down.  Running to the kitchen, she checked on dinner.  The roast still had another fifteen minutes before it was finished.  What was she going to do?  If dinner wasn’t on the table when Hugh walked in, she knew there would be hell to pay. Never mind that he was home half an hour early; it would still be her fault somehow.

Opening the fridge, she spotted his favorite brand of beer in the back.  Grabbing the bottle, she popped the top and placed it on the table beside his comfy chair in the living room.  Maybe she could placate him while the roast finished cooking.  Rushing, she quickly set the table.  Aislinn was just placing the silverware on the table when Hugh walked in the door.

“Something smells good,” he said, putting down his briefcase and taking off his suit coat.

Aislinn popped her head out of the kitchen. “I’m making a roast with potatoes and carrots.  I made your favorite salad on the side,” she said with a smile.

“Almost. I put your favorite beer by your chair. I thought you might like to change clothes and relax for a minute while I put the finishing touches on dinner.”

Hugh stormed into the kitchen, “You’re full of shit!” Fury rolled off him in waves. “You’re just trying to butter me up. You screwed up and you know it!”

Aislinn backed toward the other kitchen door, ready to flee if she needed to.  “No, Hugh, I honestly thought you might like to change and relax! Really!  Besides, you’re home a little earlier than usual.”

Hugh roared in anger and lunged for her. “So this is my fault? I’m early you say!  It’s never your fault, is it Aislinn?”

Aislinn took off for the bedroom, but she didn’t make it in quite enough time.  She felt Hugh grab a handful of her long hair and pull as hard as he could; pulling her off her feet, dangling her like a rag doll.  When he released her, he backhanded her across the face, knocking her to her hands and knees.

“I’m tired of your lies, you stupid bitch!”

Hugh kicked her in the ribs, sufficiently knocking the air right out of her lungs.  Aislinn curled into a fetal position, gasping for air and trying to see through the haze of her tears.  She felt the blows fall one after the other to her arms and legs. She had her face covered as best she could, but knew she would have one bruise for sure.

Just when she thought he was finished, she felt Hugh’s hand grab her by the throat. He hauled her to feet and slapped her.  Grabbing her throat once more, he lifted her into the air and threw her across the room.  Aislinn flew the four or five feet to the bedroom wall.  As she was flying through the air, she made a wish; she wished that her fairy tale ending could come true and that she could find her knight in shining armor.

Aislinn hit the wall with a sickening thud and her thoughts were no more.  As her body fell to the ground, it suddenly vanished into thin air, leaving her abusive husband staring in disbelief.