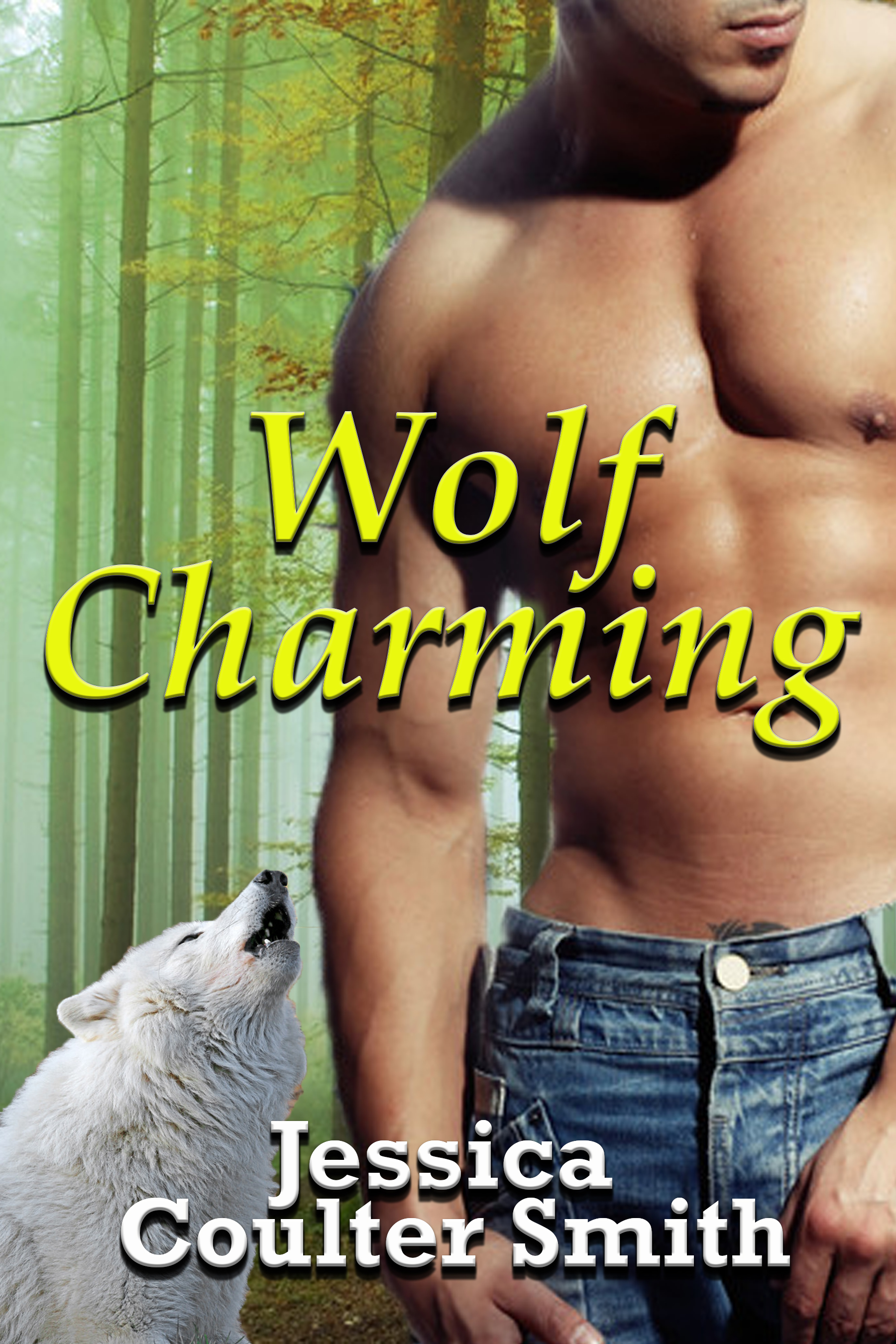 Weston Drake is a lot of things. Player. Bestselling author. And stubborn as fuck werewolf. At least, he’s stubborn when it comes to his mate. He’s known that Abril Forrest belongs to him for the past five years, but their fourteen year age gap has kept him away. She’s more than legal enough now, but his thirty-five to her twenty-one still makes him feel like a lecherous old man. No matter how much his wolf craves her company, and his body craves her touch, he resists the lure of his chosen one. What would a sexy woman like her want with an older man like him?

Abril has fought like hell to carve out a life in Grover Falls, despite her dismal beginning. Raised in the trailer park with her junkie mom and a father who would just as soon sell her as look at her, she’s worked hard to leave her past behind. But in small towns, people never forget. Men think she’s easy because of who her parents are, so she’s always avoided relationships, or dating in general. But there’s one man she’d give herself to in a heartbeat. Weston Drake is everything she’s ever wanted, but he’s never once looked her way.

Weston Drake watched the young woman across the diner with a hungry gaze. He’d seen her around town off and on over the years, had watched her grow up. The driving need to mark her made him feel like a lecherous old man. She couldn’t be more than twenty-one, and he had just celebrated his thirty-fifth birthday. The age difference didn’t stop him from wanting her, though. He’d caught her scent once when she’d walked past him on the sidewalk, and he’d been obsessed with her ever since.

Over the years, he’d tried to lose himself in other women, but it was always meaningless sex that never amounted to much. It had been ages since he’d been on a serious date and even longer since he’d had a girlfriend. It wasn’t that he was against a committed relationship, but the only woman he wanted was the one he couldn’t have. His wolf howled mournfully in his head as he jerked his gaze from the perfection of Abril Forrest.

He’d studied her from afar, learning her schedule. Every morning, she had breakfast and coffee at the diner and then worked on her laptop for about an hour before going home. The only other times he saw her out and about were her weekly trips to the library and the grocery store. She seemed to be something of a homebody, except for when her friend Rachel Matthews could convince her to venture out of her apartment.

His brother, Zach, nudged him. “You’re drooling again. If you aren’t going to man up and go talk to your mate, you could at least appear a little less like a stalker.”

Weston scowled at him.

“Look, you know the two of you are meant to be together. What would it hurt to introduce yourself and ask her out for dinner? If you don’t claim her, your wolf is eventually going to go insane.”

Zach wasn’t telling him anything he didn’t already know. His wolf was already going a little crazy without their mate. Weston had thought about approaching Abril several times over the last few weeks, as his wolf had gotten more insistent, but he always drew back and kept his distance. She was so young and had so many possibilities in front of her. It would be wrong of him to claim her. The last thing she needed was a serious relationship when she should be partying with her friends and having a good time.

“Weston, please talk to her. Don’t make me put you down. You know if you lose control of your wolf, I won’t have a choice in the matter. The town may know about our dual nature, and they tolerate it, but a loco wolf isn’t going to go over well.” Zach placed a hand on his shoulder. “She’s yours, and you know it. Go to her.”

“No.” Weston tore his gaze from his tempting mate and faced forward again. Keeping away from her was the hardest damn thing he’d ever done. He’d placated his wolf with a steady stream of faceless women willing to have a one-night stand, but the beast wasn’t happy with the situation any longer.

“Dammit, Wes. I’m not going to sit here and watch you throw your life away because you’re too chicken shit to make a move. You’ve screwed anything in a skirt for as long as I’ve known you, but the one time you need to put the moves on someone, and you sit here like a lovesick calf. Call me when you’ve come to your senses.” Zach tossed his napkin on the counter and stood.

“What about the book? We haven’t discussed the changes to chapter seven yet.”

“Fuck the book. Better yet, fuck your mate. Maybe then you’ll have your head screwed on straight.”

Weston glared at his brother as he stormed out of the diner before turning his attention back to his mate. Zach wasn’t completely wrong, but Weston refused to ruin her life. His wolf wasn’t the happy-go-lucky type that Zach had. His beast was fierce and thrived on being in control in the bedroom. How could he subject sweet little Abril to something like that?

He watched as she slid her laptop into her bag, laid some money on the table, and got up. She walked past him without a glance in his direction. Weston threw some money on the counter to cover his meal and Zach’s before following her out. It wasn’t stalking. He just wanted to make sure she got home safely, just like he did every day. How she missed a six-foot-four man following her was a mystery, but she never once looked over her shoulder to see him trailing behind her. He worried about her and her lack of attention to everything going on around her. It would be easy for someone to rob her, or worse. As his mate, it was his job to take care of her, even if it was from a distance.

Abril looked down at the cell phone in her hand as she stepped off the curb. Weston reached her in an instant, wrapping his arm around her waist and hauling her back onto the curb, just as a car honked and swerved to miss her. His heart pounded in his chest as he thought about how close he’d come to losing her. The car’s tires squealed as it raced around the corner and disappeared. Abril’s hands clutched at his shirt, and he looked down to find cerulean eyes gazing up at him in shock.

“Are you all right?” he asked.

A tremor raked her body, and she nodded.

Weston was loathed to release her just yet and kept an arm around her waist until he was certain she was steady on her feet. She didn’t seem to be in any hurry to pull away. Her honeysuckle scent teased his nose, and his wolf prodded him to hold her closer. Weston fought against his urges, not wanting to scare her more than she already was. Holding her and not being able to claim her was hell.

Her lips parted, and she leaned into him a little more. The hands that had been clutching his shirt were now exploring the hard contours of his chest. His wolf gave a yip of pleasure as heat surged through him. His cock swelled as she explored his body. When she lifted her hands around the back of his neck, toying with the ends of his hair, he knew his control was close to snapping. She was toying with fire and didn’t even know it.

“What are you waiting for?” she asked.

“What is it exactly you expect me to do?”

“I thought my knight in shining armor might kiss me. You want to kiss me, don’t you?” She licked her lips. “Because I’d really like for you to.”